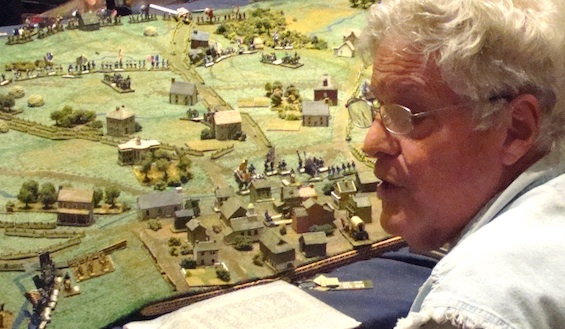 This originally appeared in the new issue of C3i Magazine, Nr28 (RBM Publication).

On January 12 our hobby lost one of its most creative designers.

John Hill earned his well-deserved fame for his Squad Leader board game (initially released in 1977), one of Avalon Hill’s best-selling wargames as well as one of the first games specifically devised as a continuing series. Squad Leader endures today through its many spin-offs, add-ons, and legacy as the Advanced Squad Leader series published by Multi-Man Publishing.

What is less well known is that Squad Leader was initially designed as miniatures rules and converted to a board game at the request of Avalon Hill. John’s passion for miniatures and the American Civil War produced his Johnny Reb rules initially released by Dungeons & Dragons co-designer Dave Arneson’s Adventure Games company in 1983. The third edition of JR was released in 1996 and is still played today.

In 2014, John’s new set of miniatures rules called Across A Deadly Field was published by Osprey Publishing. John completed more books in this series for Osprey just before he died.

Board gamers may also recall John’s ground-breaking Jerusalem! (1975) about the Jewish convoys attempting to get through to the city during the 1948 War, or his Battle for Hue (1973) published with my Conflict magazine issue #6. John’s many credits include Battle for Stalingrad (SPI, 1980) and Tank Leader (West End Games, 1986 and 1987).

But John Hill was much more than this impressive list of accomplishments.

John had a warped sense of humor (like me) and a unique laugh—when I first saw the movie Amadeus I could have sworn that John was Mozart reincarnated. He truly enjoyed the absurdities and ironies that so often were a part of history and life in general.

John was a consummate model builder who was equally creative with his tabletop terrain and model railroad dioramas—one of the latter was featured on the cover of Model Railroader magazine. Playing Johnny Reb on one of John’s striking miniature battlefields was one of my greatest treats. 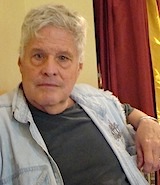 Where some creative types can have prickly egos, John could laugh at himself. He was quick to recognize the help of others in his published work, at the many exciting game demos he ran at conventions, and in his stimulating seminar presentations.

John was a caring husband—he and Luella (Lu) were married for 46-and-a-half years—and a loving father (daughter Stephanie) and beloved grandfather (Danielle and Carl Anthony). I cannot imagine how devastated they must all be. There is now a huge hole in my life without being able to make my periodic phone calls to John and share in his funny insights into history and life.