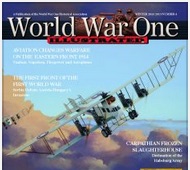 In late 2013, I proposed World War One Illustrated (WWOI) magazine as a proof of concept to the nonprofit World War One Historical Association – ww1ha.org. As a permanent member of the board of directors of WW1HA, I was aware of the organization’s need for a new publication as it entered the 100th anniversary years commemorating WW1 – known in 1914-1918 as the Great War.

I wanted WWOI to appeal to a broader audience than just people who already had an interest in WW1. This included wargamers, like me, and an attractive look with color maps and color illustrations.

I also felt that WWOI provided an opportunity to present the most recent scholarship, with comparative charts and diagrams called “sidebars” in the page layouts. I’m a data and statistics “geek” and trust numbers more than the opinions of historians who may have agendas for promoting or disparaging leaders or weapons or strategies. As publisher and senior editor of WWOI, I collected and assembled articles, images, and information for each issue to make the magazine something that I wanted to read. 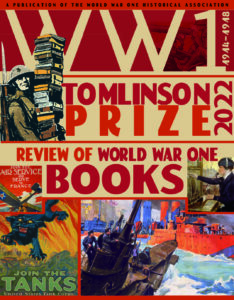 I am very pleased with the critical acclaim received by the magazine, and with the positive feedback on the four mini-games games I designed that were published with the first four issues of World War One Illustrated.

As a wargame designer, I firmly believe that games enable us to explore history, especially alternative history. Games can also be valuable tools for teaching. I was incredibly gratified that my Russia’s Great War: 1914 received a 2019 bronze level prize from the International Serious Play Awards in the Educational Board Game category. 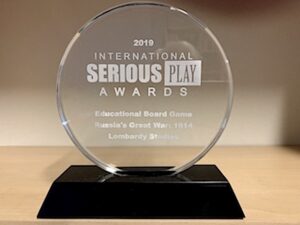 All of these minigames were designed for solitaire and 2-players. The large 1-inch square markers were perforated so they could be easily separated. The game board, markers, and rules were printed in a 4-page stiff cardstock folder. Additional rules for #3 and a historical guide and game tutorial for #4 were also provided. You supply the six-sided dice needed.

It was not possible to continue producing a game for every issue of WWOI. However, I am developing more minigames for WW1 and other historical eras using the unique magazine insert format created for WWOI. Sign up here for updates: bit.ly/3o11ls0

Game designer, magazine and book editor since 1972.
View all posts by Heraldic →
Tagged  backstory, World War One.
Bookmark the permalink.