“His painterly and fluid style and exhaustive research of his subject has earned Rocco acclaim as one of the country’s most sought after narrative artists.”
—Imagine Art Gallery

The French Army of the Hundred Days

On his return from the island of Elba in early 1815 Napoleon had to resurrect an army that had been greatly reduced during his exile from France. It was his last campaign.

For more than two decades historian, researcher, and author Paul Lindsay Dawson delved into the archives of the French army, translating reams of original documents and reports related to the rebuilding of Napoleon’s Imperial Army in 1815.

This book visually represents the results of that research, and describes the many variations of French uniforms hastily pressed into service by the harried quartermasters as they rushed to rebuild and refit an army that would end its life at Waterloo.

“I have always prided myself on telling the story of the common soldier, the often anonymous men who found themselves in extraordinary circumstances.”—Keith Rocco 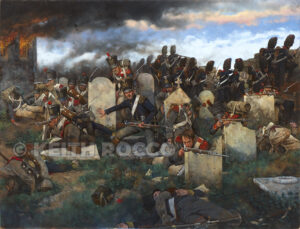 Features a new painting of the Guard fighting in the cemetery at Placenoit. Click to enlarge.

What You Get In
WATERLOO: NAPOLEON’S LAST ARMY 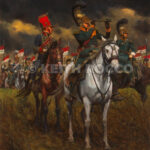 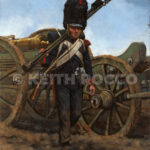 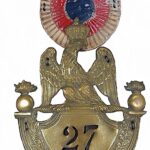 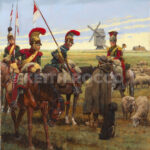 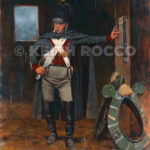 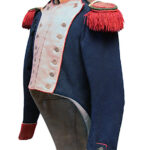 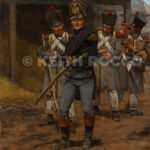 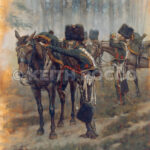 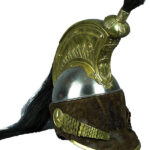 Cuirassier trooper’s helmet in an extraordinary original state, identified to the 1st Regiment 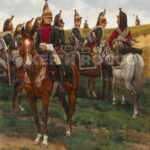 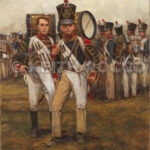 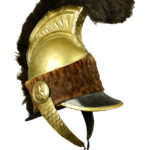 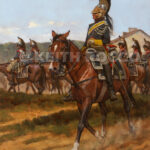 Your choice of two versions! 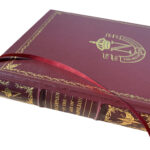 I’ve got to have this!
Click here to join the Kickstarter

Can I order the book without using Kickstarter?
YES, but discounts will be smaller than those on Kickstarter. Credit cards will be charged in July/August when the book is ready to ship from the printer. Click here to visit Kickstarter Page.

I’m not ready to order yet—keep visiting our Kickstarter page for updated information.

Artist Keith Rocco has created paintings for the Pentagon, museums in both the U.S. and Europe, the U.S. Army War College, and numerous National Park Service sites. He has been painting professionally for over 35 years specializing in military subjects. 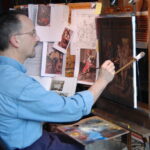 “One of today’s foremost painters of military images.”
—NapoleonicHistoricalSociety.org

“(An) artist in the tradition of Remington and Detaille”
—Uniformes magazine

“When Keith Rocco prepares to create a historical painting he does extensive research on the subject and time period . . . he researches information on individuals from their memoirs, letters and biographies. From there he creates a story of what happened.”—From the student handout in a lesson plan created by Baltimore Public Television for teachers to use in having students analyze Keith Rocco’s work

Read excerpts from interviews with Keith that appeared in the European magazines Bellumartis and Amis Club. 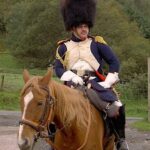 Author Paul Lindsay Dawson is a field archaeologist and professional historian specializing in the army of Napoleon I. He has written more than 35 books on Napoleonic subjects.

Don’t miss this opportunity to own nearly 70 reproductions of this amazing artist’s paintings!