H.G. Wells penned the science fiction classic War of the Worlds in 1898. Forty years later Orson Wells adapted it for a radio drama script that convinced some Americans Earth had been invaded by Mars. Now Dana Lombardy and Craig Richardson have created a War of the Worlds expansion for MacGowan and Lombardy’s The Great War card game. Click the link to download a pdf that tells the backstory of why a science fiction classic was chosen to be the first expansion to a history-based card game.

MacGowan and Lombardy’s The Great War card game has been fully funded on Kickstarter, opening The War of the Worlds expansion as a stretch goal. Click here to go to Kickstarter and help bring the Martians into World War One. 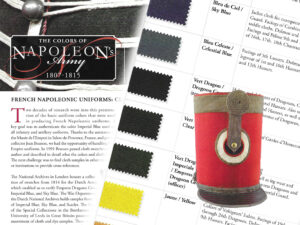 The goal of this four-page painting guide was to authenticate the color Imperial Blue used on all French infantry and artillery uniforms. Thanks to the assistance of the Musée de l’Emperi in Salon-de-Provence, France, and private collector Jean Brunon, we had the opportunity of handling First Empire uniforms. These were checked against cloth samples in other museums and institutions to provide cross-references.

We do not claim that the colors presented are the only “true” colors worn by Napoleon’s soldiers. However, we made a concerted effort to obtain or examine the best existing samples of First Empire uniforms and nearly all of our visual color matches were made using interior surfaces of garments, behind linings, where colors were most likely to remain consistent over the past 200 years.

The printer used actual samples of cloth to match the colors presented in this painting guide.

The Colors of Napoleon’s Army 1807-1815 painting guide is available for purchase in our Shop.

Win World War One in an Hour

with this 2-player or solo game! 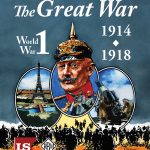 THE GAME IS FULLY FUNDED!

The Kickstarter has ended but add-ons and pre-orders are still available here. Click HERE to sign up for email updates and offers.

“My first impression of the game was that there was probably going to be too much chance—luck of the draw in the game play—rather than strategy. But there is a lot more to it: when to play your nationality cards or the neutral cards, and bluffing like poker. I like the nuance.”—playtester Eric Hosler

Download the 2-page game rules, one-page Quick-Play outline, explanation of information found on the cards, and examples of play below, and watch a video of how to play the game.

NOW THAT M&L’S THE GREAT WAR HAS BEEN FUNDED ON KICKSTARTER, WE’RE PREPARING AN EXPANSION BASED ON H.G. WELLS’S WAR OF THE WORLDS. CLICK THE LINK TO DOWNLOAD A PDF OF THE BACKSTORY.

Dana and Rodger appreciate your support!

UPDATE MARCH 2021: The links below go to version 4.8 of the rules. Further refinements have been made, and the game will ship in April with rules version 5.0 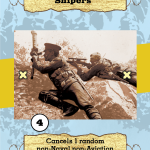 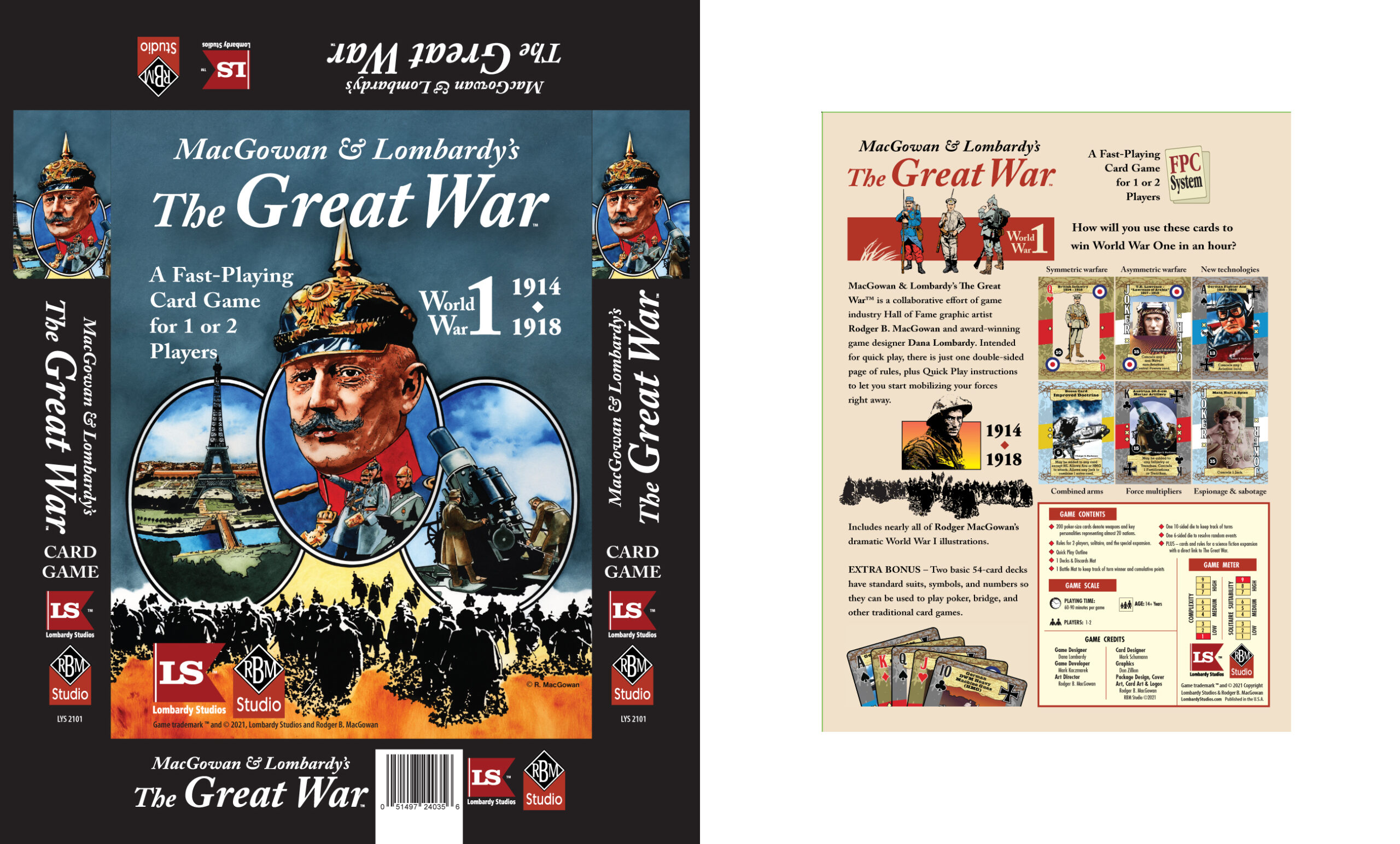 Listen to Dana in a No Dice No Glory podcast that goes into the background of M&L The Great War as well as discussions of wargame design theory, World War One history, and more.

These quick-playing minigames can be enjoyed solitaire or 2-player

Zeppelin Raider
Terror from the Skies
Fly against—or as—one of the MONSTERS OF THE AIR. Diceless.
(First published in World War One Illustrated magazine No. 1)

Assassination in Sarajevo
Can the Austrian Royal Couple Survive?
Was war inevitable in 1914? Requires 1 six-sided die.
(First published in World War One Illustrated magazine No. 2)

On to Paris!
Can the Germans Win the Great War in 1914? Requires 13 six-sided dice.
(First published in World War One Illustrated magazine No. 3) 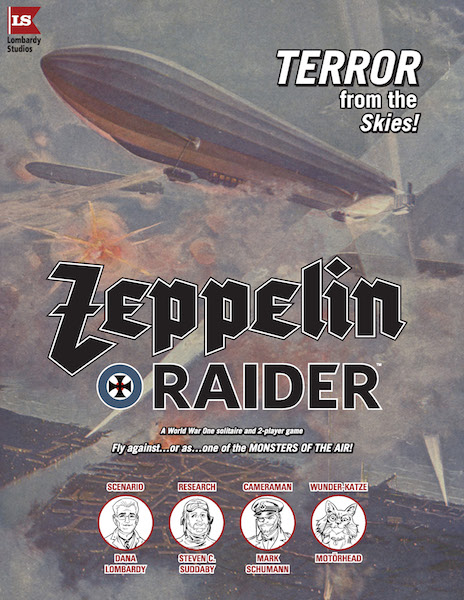 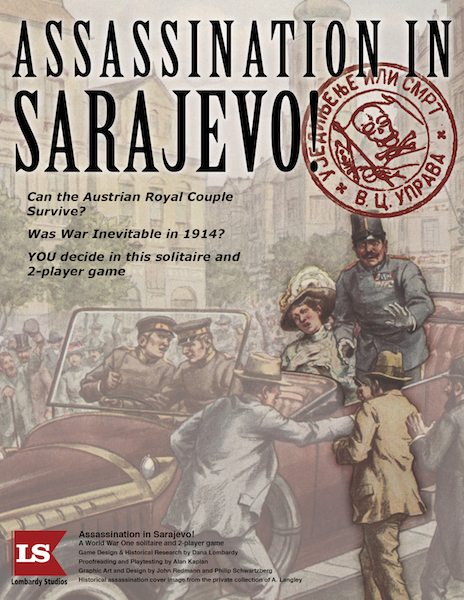 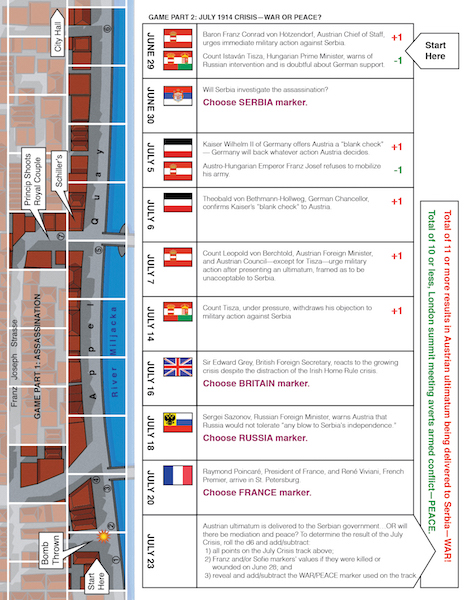 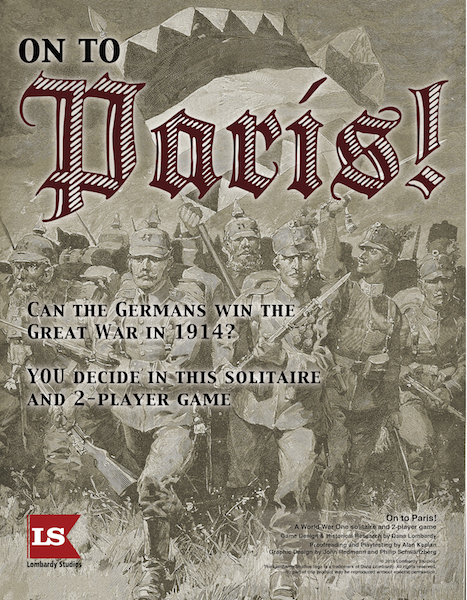 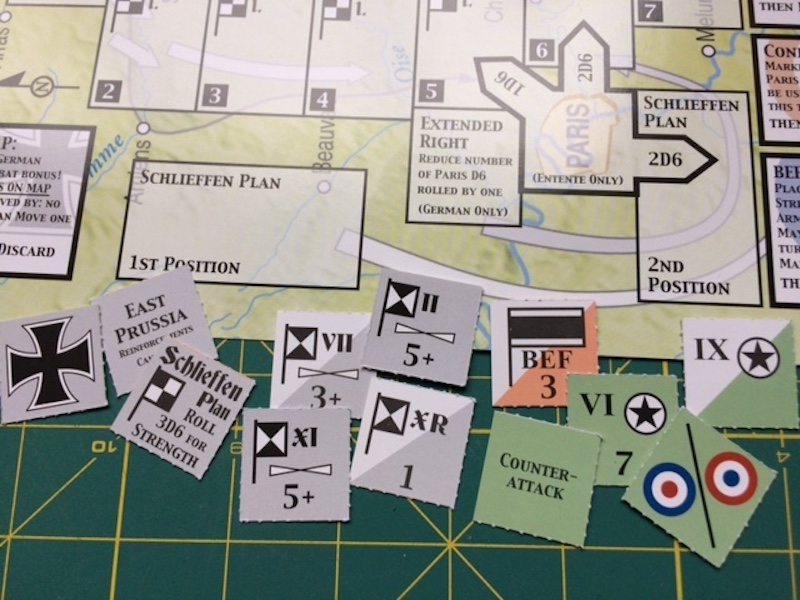 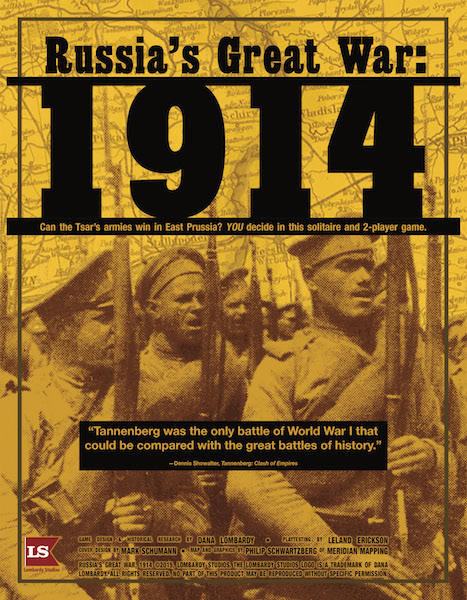 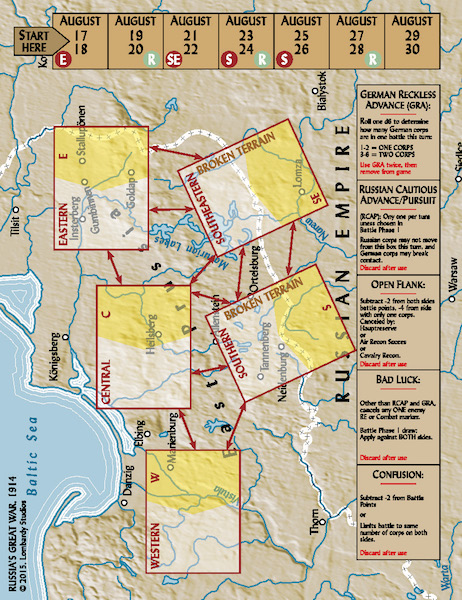