$12.00 / set (includes shipping)
One coaster each: all three generals, Napoleon, Wellington, and Blücher 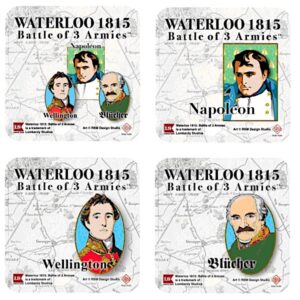 Each affordably priced cachet is printed on acid-free paper and has a unique 1918 theme and story about the role each group played in helping to win this catastrophic war. Eight different cachets feature:

Buy an individual cachet or all 8

Prices include shipping to a U.S. address. Contact us for shipping outside the U.S.A.

For collectors, history enthusiasts, and supporters of our military.

Thank you for helping us preserve this history and remember the service of these brave Americans.

These cachets are a project of the World War I Armistice Centennial Commemoration Committee to observe the 100th anniversary of the signing of the WWI Armistice, November 11, 1918 ending The Great War. The Committee is chaired by Maj. Gen. J. Michael Myatt, USMC (Ret.), and Judge Quentin L. Kopp (Ret.), president of the Korean War Memorial Foundation. The Committee was formed by community members with support from the War Memorial Board of Trustees to organize exhibits and activities to commemorate the Armistice Centennial. San Francisco’s projects and exhibits were selected by the U.S. World War One Centennial Commission as one of its official 100 American Cities 100 Memorials. 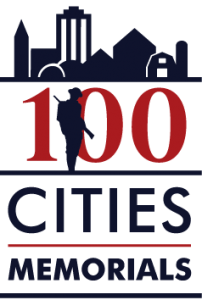